July 30 was a busy day in the Quad Cities and a milestone day for Andrea Ream and Jesse Estell.  They were united in marriage at the Tanglewood Hills Chapel and then made their way to the Stoney Creek Inn in Moline afterwards.

Stoney Creek’s parking lot was dotted with numerous cars with bicycles attached, their owners having just completed RAGBRAI.  The annual bicycle pilgrimage across the state of Iowa finished in the Quad Cities on Saturday.  The annual BIX7 race was also held the same day bringing an estimated 100,000 tourists to town between the two events.

But another big event was being held in Stoney Creek’s rustic looking ballroom, where Andrea and Jesse were celebrating along with their friends and families. 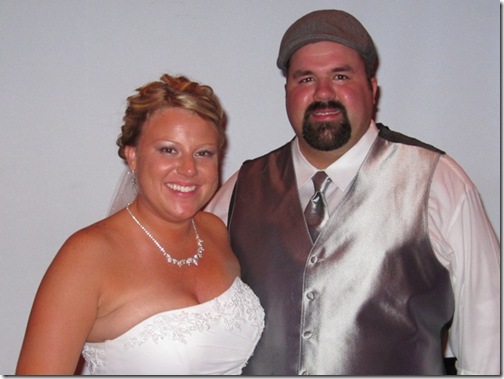 To add some pizzazz to their event we set up some classy purple uplighting. 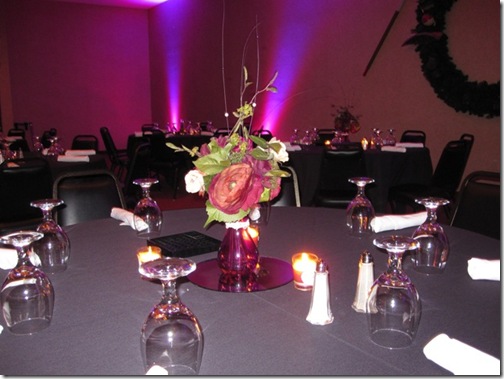 Andrea and Jesse had some nice looking centerpieces from Hy-Vee Floral in Rock Island. 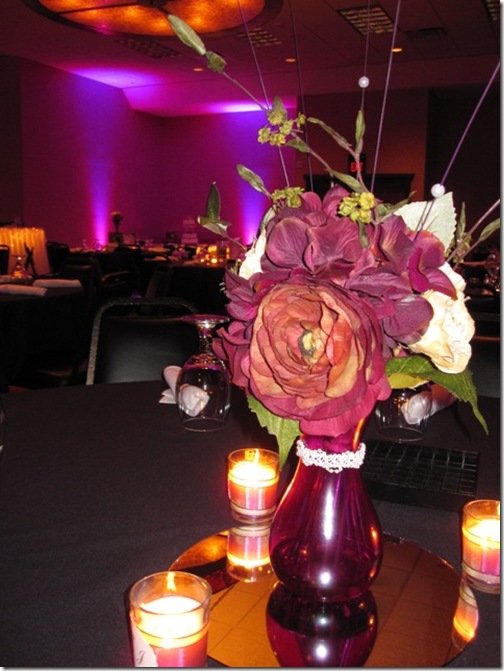 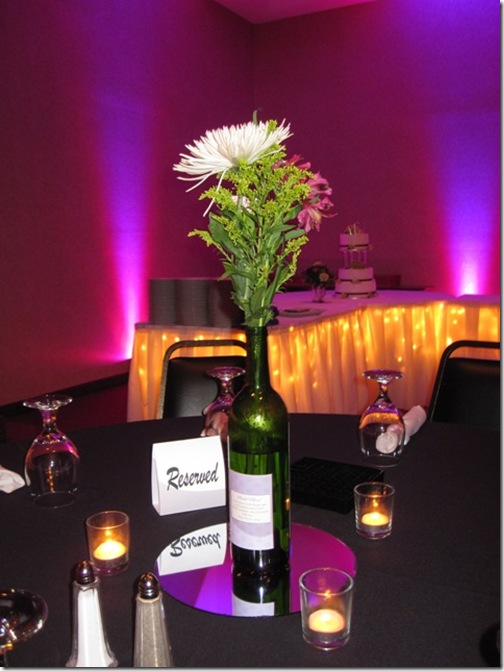 Andrea and Jesse’s cake was from Hy-Vee in Moline. 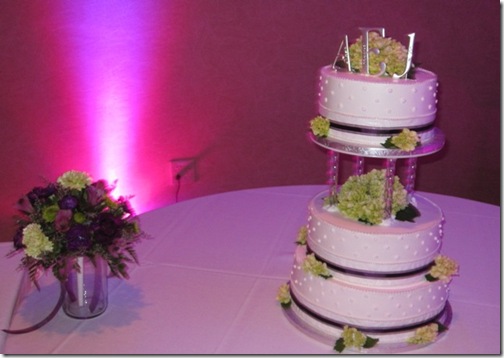 Setting the stage for the fun to follow, the wedding party entered the room to “Party in the USA” by Miley Cyrus.

Members of the group included:

Patty Ream, Mother of the Bride, welcomed guests with a speech.  After a great buffet dinner catered by Bridges Catering guests viewed a slide show of Andrea and Jesse created by Dave Estell.

Then it was time for dancing, with the bride and groom opening the dance floor with “Not Fire, Not Ice” by Ben Harper.

Jesse was a big Talking Heads fan so we featured a few choice songs by the group! 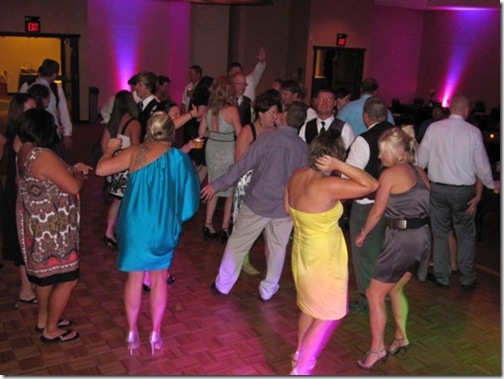 Wedding professionals who played a role in the event included:

Guests came to the event from many areas of the including Colorado, Des Moines, Idaho and Canada.

Thanks Andrea and Jesse for allowing me to help you celebrate!