I admit I’m not a big fan of reality television.   I don’t care for “Survivor”, “The Bachelor”, “Amazing Race” or any of the other spinoffs.  But there is one reality show that really grabbed me years ago and kept me hooked ever since.   That show is “The Apprentice”.  I like Donald Trump. And I find the whole concept of the show as intriguing as the mystery of the Donald’s unusual hair.   And since my blog title contains the word “entertainment”, and since television IS “entertainment” I feel perfectly comfortable blogging about this season’s “Celebrity Apprentice”.  More particularly what happened on last night’s episode. 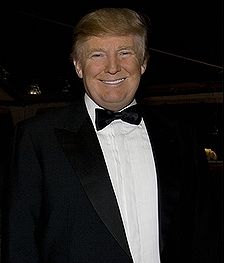 For those of you who haven’t watched the new season yet here’s a capsule summary.  The men, TEAM K.O.T.U. (which is an acronym for Kings of the Universe, or something like that) were soundly defeated by the women, TEAM Athena, last week in a battle for who could raise the most money by making and selling cupcakes.  This obviously seems like a task more suited for the women.  Comedian Andrew Dice Clay was the first to be fired, essentially for not doing anything except for complaining about not having any bagels supplied in the meeting room.

Last evening’s task was to invent a comic book character and a storyline as an ad promotion for the online seller of shoes and accessories, Zappos.com.  Team Athena invented a comic book superhero named “Mizz Z”, obviously picking up on the “Z” in Zappos.  Despite a rather awkward and bungled presentation to the Zappos.com CEO, Team Athena easily won the challenge.   And why wouldn’t they?  After all, Team KOTU (the men) decided to saddle itself with a comic book superhero they named, of all things, “EEE”.

“EEE”????!!  EEE is a superhero name you would create if you were selling brassieres.  Or if your company was named Reebok, or anything with a lot of “E”‘s in the name.  Not if you were pitching to a company named Zappos.com.  There are no letter E’s in Zappos that I can see.

How did a team of supposedly intelligent men, all of whom were masters of their craft, make such a colossal blunder?  “EEE”, which stood for “Everything, Everywhere, Everytime” was the brainchild of Scott Hamilton, the champion figure skater and commentator, and project manager for this task.

Scotty, what were you thinking?

Not even Tom Greene (the comedian) jumping up and down like a Jack Russell Terrier hopped up on caffeine could stop little Scotty from authoring the inevitable failure.  As soon as the name became official I thought to myself-Show Over.  Donald, take everyone into the board room right this very minute.  Whose idea was the “EEE”?  Oh, you Scott Hamilton?  You’re fired.  This is too easy.  The rest of you go have dinner.

Things don’t look good for Team KOTU next week either.  The task will be to sell wedding dresses.  We’ll probably be saying farewell to Tom Greene.