The corner of Second Street and Harrison in Downtown Davenport Iowa was a sea of green as we waited for the arrival St. Patrick’s Day Grand Parade XXIV on Saturday afternoon.  Appropriately, my wife Robin and I were standing in front of Shenanigan’s Irish Pub as we people-watched until the parade’s arrival.  We saw a young lady dressed as a Leprechaun complete with wooden cane, all manner of green framed sunglasses in the shape of clovers, and even dogs with green sweaters. If it was green it was good! 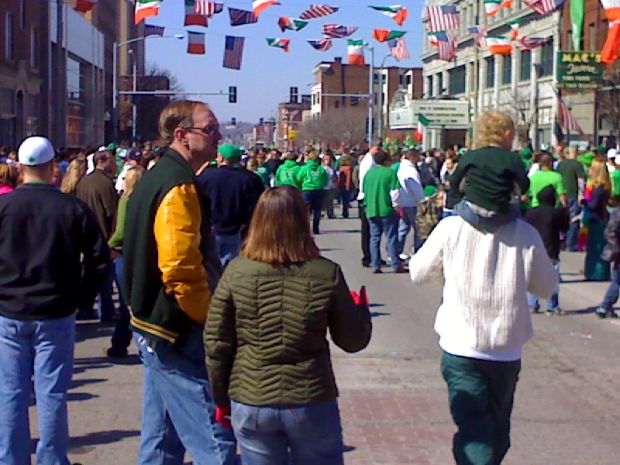 In previous years we have watched the parade on the Illinois side of the river in Rock Island.  For a change this year we elected to join the Iowa crowd in Davenport.  The bright sunshine and balmy 55 degree temperatures brought out thousands to watch the grand, green spectacle. 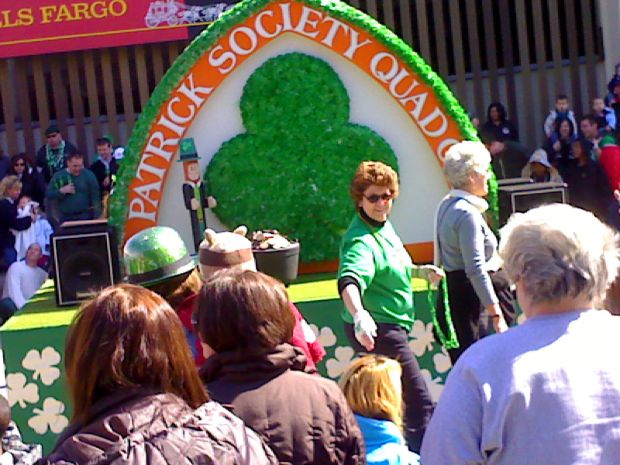 It would have been a great day to have my Canon Power Shot camera with me, but lacking that,  a cell phone camera is handy.  Armed with a device that is ill suited for taking good photos in bright sunlight  it’s basically a matter of holding it up, pointing, and hoping a picture of something comes out.

And yes, my wife and I did manage to catch 3 sets of green beads that were thrown from passing floats.  This annual bi-state Grand Parade is just one more reason we’re happy to be living in the Quad Cities!